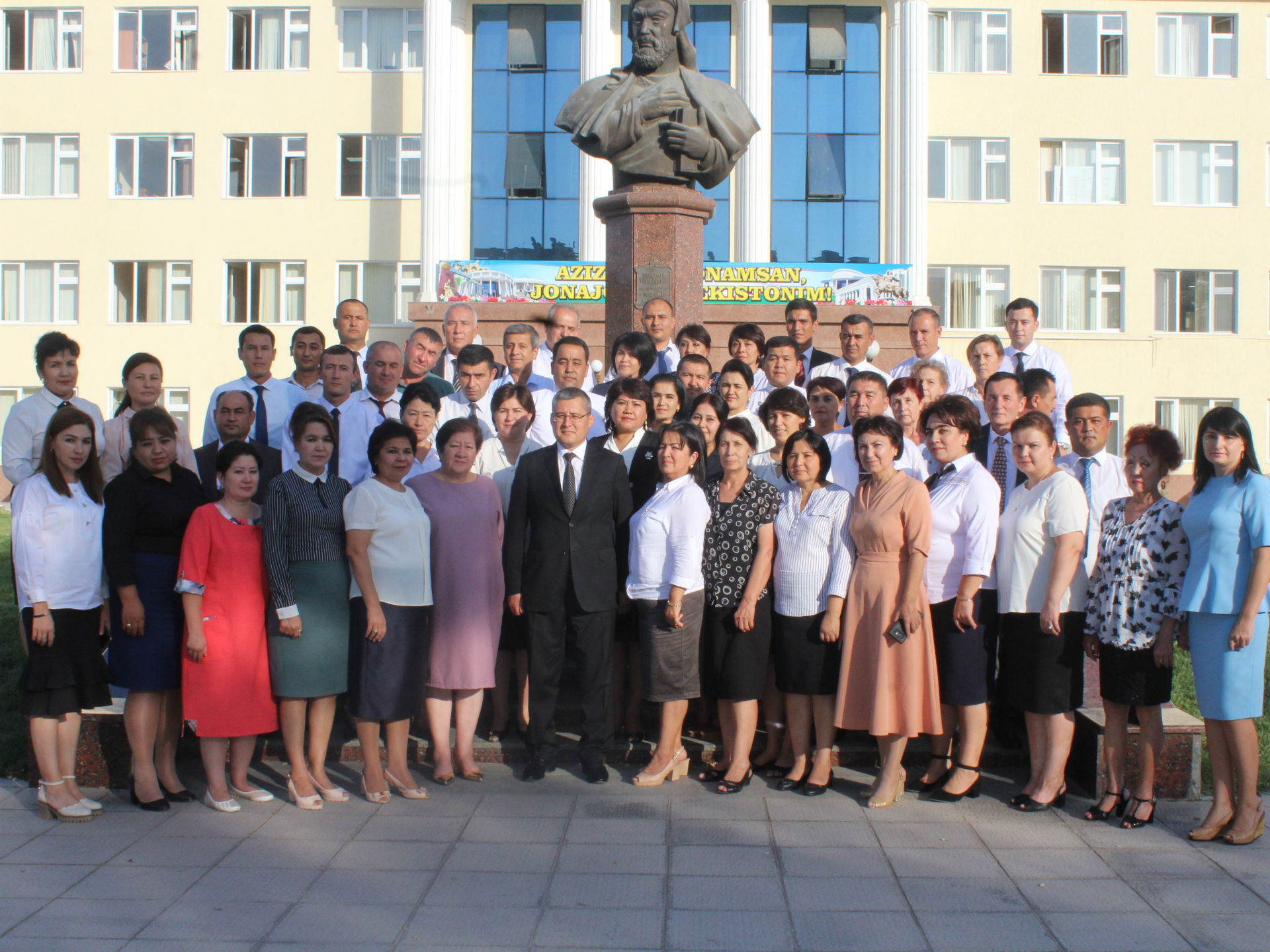 The Faculty of primary education and physical training was established in Tashkent State Pedagogical Institute with name “The Department of pedagogy” in 1935.

Firstly, the Department of pedagogics trained teachers of pedagogy and psychology for schools as well as methodologists and tutors for the national education system.

Well-known psychologist, Platon Ivanovich Ivanov ruled this department. At that time there was only one department named “Pedagogy and psychology” and many famous scientists such as Professor K. Bendrikov, assistant professors V. Lubentsov, V. Morozov, K. Radayev, Sh. Boyturova, N. Konstantinova made their contribution to this department.

In the period from 1975 to 1983 this Faculty was called as “Elementary education and defectology”. In this period Doctor of Pedagogy, Professor P. Mavlonov worked as the Dean of the Faculty.

In 2007 the Faculty of primary education and defectology were established within this faculty. And assistant professor D. Shodmonkulov became the dean of the faculty.

From 2013 the faculty was reestablished as the Faculty of secondary education and physical culture. From 2014 to 2016 Doctor of Pedagogics, Professor B. Abdullayeva, from 2016 to 2017 assistant professor A. Sadikov managed the faculty.

In 2016 – 2017 “Musical education” specialty was included into the faculty. On November 29, 2017 Doctor of Pedagogy A. Akramov was appointed as a dean. At present, the faculty is working on training future teachers of primary classes, physical training and music for innovative activity.

During the 1017-2018 academic year, 684 students were trained in primary education and sports education, physical culture and musical education.

There are more than 60 professors in the department "Primary education methodology", "Physical culture", "Music education" in the preparation of highly qualified teachers.

Moreover, there are several clubs in the faculty: "Young Mathematics", "Genius hands", "Vocal play", "Young musicians", "Kurash", "Volleyball" and "Football". In particular, a circle organized under the Department of Music Education and students participating in the “Oltin Meros” Folk Ensemble, the Freiburg University of the Federal Republic of Germany, the National Republic of China, the Republic of Azerbaijan and the Uzbek-German Friendship Society of cultural and educational activities.

R. Sadikov, a graduate of the bachelor's degree in elementary education and sports education, was enrolled in the Master's degree program of the Belarusian State Pedagogical University in 2017-2018.

N. Ishanhodzhaev, a graduate of a Bachelor of Education in "Music Education", was admitted to the magistracy of China's Sian University in 2018-2019.

Nowadays, the faculty graduates have effective pedagogical activity in the system of general secondary education in our country and neighboring countries.